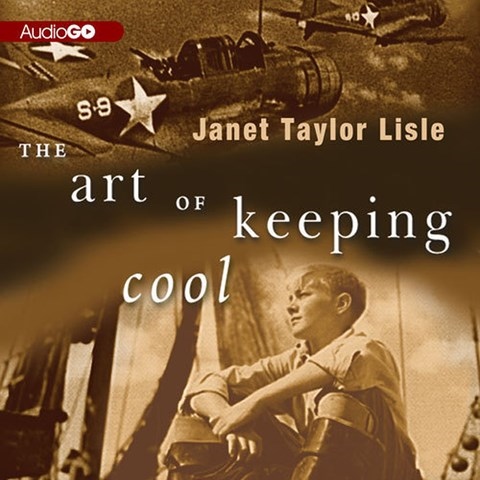 THE ART OF KEEPING COOL

The naval guns sent to coastal Rhode Island in 1942 may have been enormous, but the issues about to face cousins Elliot and Robert are equally monumental. With WWII approaching and Robert’s father already fighting the Nazis in the Royal Canadian Air Force, his family has relocated closer to his grandparents in the U.S. Charles Carroll takes on the role of the adult Robert recounting the events during these war years. He’s even voiced, letting layers of the various familial and town relationships reveal themselves and letting listeners draw their own conclusions. A German painter and a bullying grandfather, both with secrets, impact each boy dramatically. At the climactic moment when the 11-year-olds and the painter confront paranoia, hatred, and horror, Carroll’s voice takes on strength and resonance. Listeners will have much to ponder. A.R. © AudioFile 2013, Portland, Maine [Published: JANUARY 2013]