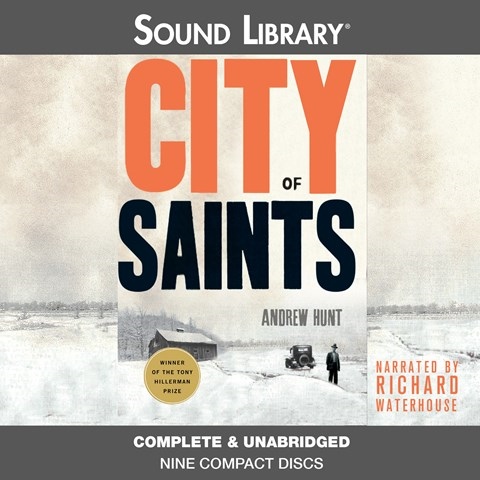 In Salt Lake City in 1930, rookie deputy Art Oveson is convinced that a wealthy socialite's gruesome murder is not the open-and-shut case the sheriff believes it to be. Richard Waterhouse portrays Oveson's naïve fortitude with a gentle tone that reflects his Mormon ideals. Waterhouse's simple, moderately-paced reading allows the listener to accept the unsullied ideals of the young deputy, even when he's surrounded by the ugly realities of adultery and corruption, not to mention his foul-mouthed partner. Despite frightening threats against him, Oveson maintains an unwavering commitment to uncover the truth about the woman who was run over by her own Cadillac. When other bodies turn up, Oveson worries that he might be the next. N.M.C. © AudioFile 2013, Portland, Maine [Published: FEBRUARY 2013]