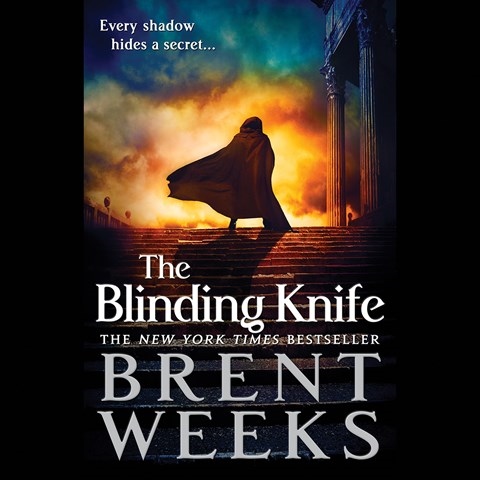 This second book in the Lightbringer trilogy picks up where THE BLACK PRISM left off and likely will make little sense to listeners without that background. Gavin Guile, the Prism, has sent his son, Kip, to the Chromeria to train for the Black Guard. Simon Vance easily reflects the growth of Kip from an insecure illegitimate son of a powerful man to a young man who is coming into this own. Kip dodges assassination attempts orchestrated by his grandfather and, as Gavin loses his abilities to draft come colors, Kip flourishes. Vance keeps the action moving at a strong and steady pace that makes the hours fly by. He expertly weaves the threads of the plot as the political intrigue and signs of war increase. J.E.M. © AudioFile 2013, Portland, Maine [Published: APRIL 2013]