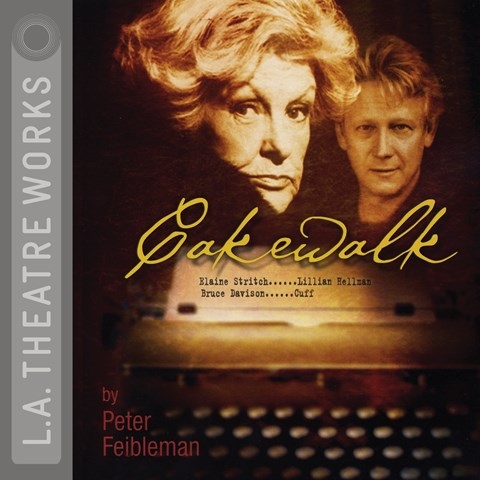 by Peter Feibleman | Read by a Full Cast

Since Miller's ALL THAT FALL premiered in 1964, the memory play has grown into a full-blown genre, in which a character addresses the audience directly between scenes of his or her remembrances. On stage such fare yields problematic results because the present tense of live performance often collides with the past tense of memory. On the other hand, in audio, it combines the feel of theater with storytelling. In this instance, novelist Feibleman recalls his affair with his mentor, the late Lillian Hellman, the hard-living playwright and activist, a quarter-century older than he. The formidable Hellman is portrayed by the formidable Elaine Stritch, and her narrating protégé by Bruce Davison. Though under-rehearsed, these fine performers, as well as the subject matter, provide fascinating listening, loaded with wit and true-life drama. Y.R. © AudioFile 2001, Portland, Maine [Published: APR/MAY 01]