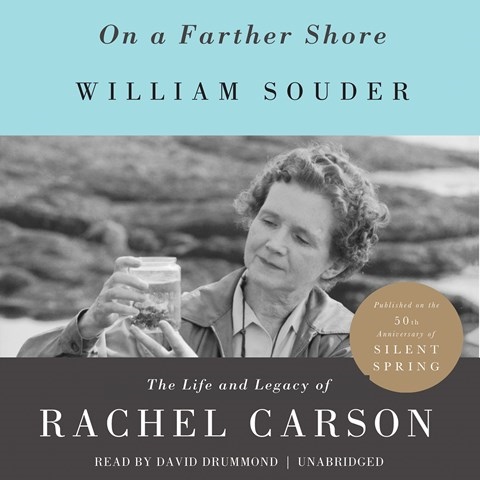 ON A FARTHER SHORE The Life and Legacy of Rachel Carson

With the publication of the seminal work SILENT SPRING in 1962, Rachel Carson became the founder of the modern environmental movement. Her crusade ultimately led to the establishment of the Environmental Protection Agency. David Drummond’s narration of this biography is reminiscent of the news announcers of that period. He details with exactness Carson’s tireless efforts to prove the dangers of insecticides and pesticides to our oceans, wildlife, food, and personal health. As author and narrator make clear, it was an era when the general public believed that big business would never knowingly do harm. Carson’s shocking revelations proved her a heroine. B.J.P. © AudioFile 2013, Portland, Maine [Published: DECEMBER 2013]