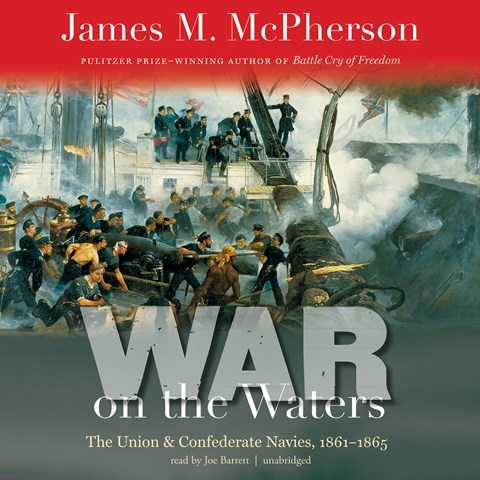 McPherson gives a straightforward but often exciting history of the naval side of the Civil War. Joe Barrett’s delivery is soft-spoken and a little melancholy sounding, but his voice is likable and engaging, even over long periods. His pacing is good, his intonations fit the material well, and he’s expressive without being showy—not accentuating, for instance, the sometimes horrific details of battle. While his choice of voices in which to render quotations can seem arbitrary and his accents are sometimes weak, they do help indicate who is speaking; his Southern is better than his British. As with most audio military history, one feels the lack of maps, a problem of the medium. Still, this is an interesting, informative program. W.M. © AudioFile 2013, Portland, Maine [Published: FEBRUARY 2013]