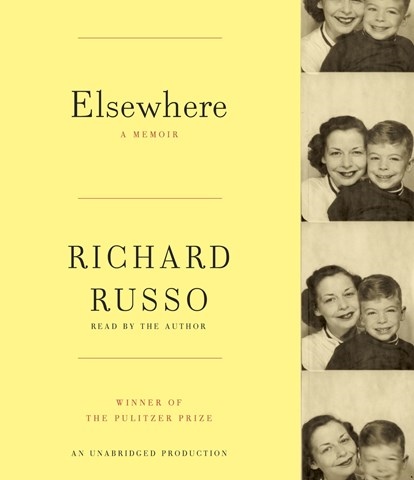 Richard Russo has dual roots: He grew up in a depressed mill town (like those his fictional characters inhabit), and he became an academic. His masculine yet professorial tone of voice reflects that background. Russo’s narration may contain a note that is slightly too aggressive for such a beautiful and contemplative story of familial love with challenges, but it’s still a heartfelt and sympathetic reading. Russo’s emotions are palpable in this memoir of life with a needy, inflexible mother who suffers from “nerves” (which may actually be obsessive-compulsive disorder). His emotions in response to her are complicated: frustration at accommodating her strident needs, wonder as they successfully drive across country in a car called the “gray death,” and fear when she experiences episodes of dementia. A.B. © AudioFile 2012, Portland, Maine [Published: NOVEMBER 2012]