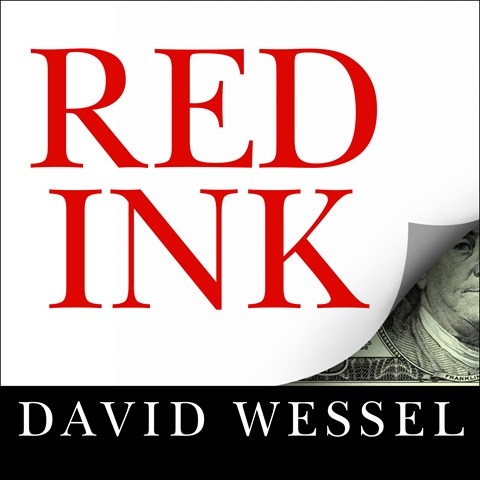 RED INK Inside the High-Stakes Politics of the Federal Budget

The 2012 presidential election is over, but the federal deficit lives on, ever growing and devouring the future. David Wessel's book is a riveting guide to the mess that is the deficit and the sloppy monstrosity that is the federal budget. Lloyd James is the perfect narrator for this short audiobook. His genuine-sounding interest in his topic is engaging. As he expertly varies inflection to hold listener interest, he adds the occasional dollop of irony to his performance. Together, Wessel and James have created a concise, accessible, and pretty scary guide to the nation's finances. G.S.D. © AudioFile 2012, Portland, Maine [Published: DECEMBER 2012]