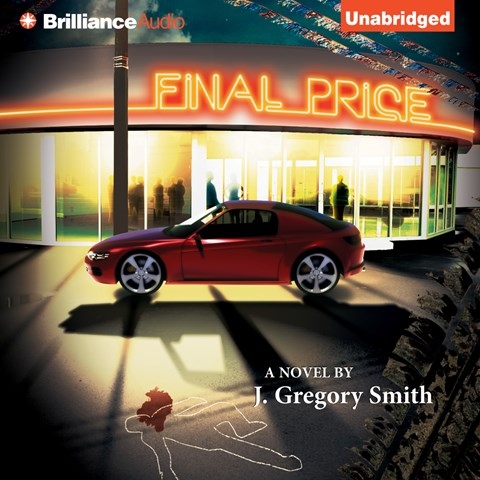 This first installment in the Paul Chang series is a chilling mystery told from the viewpoints of killer and cop. Former NYPD detective Paul Chang, relocated to the Delaware State Police, works to solve a serial murder case with his gifted but awkward sidekick, Nelson. Todd Haberkorn’s skilled narration captures the tension and excitement as the partners hunt down the psychopathic car salesman who is victimizing customers. Haberkorn adds to the listening experience with a strong command of characterizations and accents. His smooth narrative delivery provides depth as Chang’s psychologically complex backstory is gradually revealed. Haberkorn nicely contrasts Chang’s tough “dragon” side with his calm, balanced side, making the detective a likable character and the series worth following. K.C.R. Winner of AudioFile Earphones Award © AudioFile 2012, Portland, Maine [Published: DECEMBER 2012]