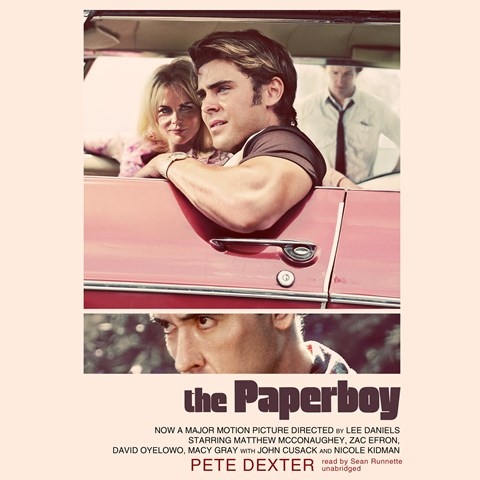 Dexter excels in giving us characters that we as readers try to avoid. Sean Runnette takes Dexter’s cues and runs with them through the thick Moat County, Florida, backwaters of the mid-'60s. Highly regarded news reporter Ward James is drawn back to his hometown to investigate the shady trial of a murdered sheriff by a member of the most notorious family in Moat County. The listener can feel the humidity and buzzing mosquitoes as Runnette describes how deeply this story has affected so many lives, and continues to do so many years later. Dexter and Runnette paint a vivid picture, just as relevant today, of the public’s need for shocking headlines, regardless of the truth. S.C. © AudioFile 2012, Portland, Maine [Published: NOVEMBER 2012]