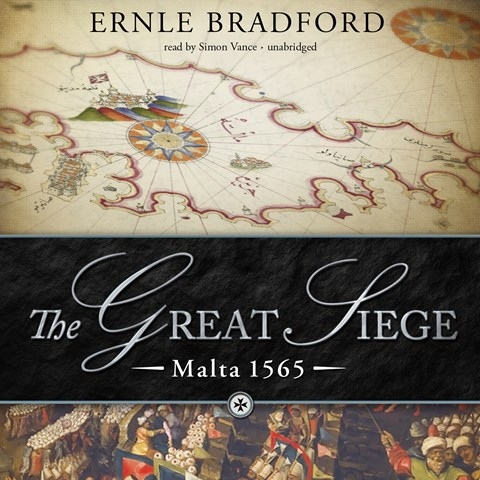 Bradford's history of the 1565 siege of Malta by the forces of Ottoman Sultan Suleiman the Magnificent gives adequate historical background but concentrates on the stunning drama of the conflict itself. The story needs no enhancement, and narrator Simon Vance wisely avoids getting in its way. He does seem to impose intonation patterns rather than finding cues in the text (understandable in a straightforward narrative history), and they sometimes become repetitive. But what counts is his professionalism: excellent pronunciation, perfect pacing, and a kind of self-effacement that lets the story take over, until the eager listener hardly realizes it's being read. Vance simply delivers the story, clearly and well, and so compelling a story is it that listeners will be grateful for his skill and tact. W.M. © AudioFile 2013, Portland, Maine [Published: FEBRUARY 2013]