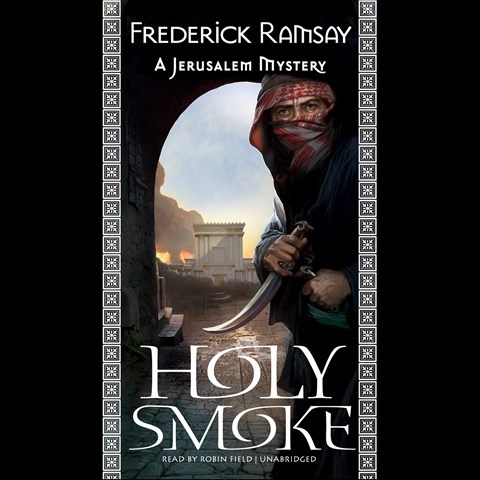 In Jerusalem, 29 AD, when Jesus was a young preacher, a badly burned body is discovered in the holy temple. At first, superstitious believers suggest that the body is that of a nonbeliever struck down by God for his arrogance. Robin Field’s intelligent narration animates an assortment of Greeks, Egyptians, Jews, and Romans (including Pontius Pilate), as well as a host of merchants, holy men, and healers. Gamaliel, the Raban of Sanhedrin, proves to be an engaging, lively character, and as the tangled plot unwinds, Field makes Gamaliel’s canny observations both credible and satisfying. Frederick Ramsay’s third Jerusalem mystery offers a fascinating glimpse into the religious and secular life of the period, and Field turns in a solid performance of this biblical-era puzzle. S.J.H. © AudioFile 2013, Portland, Maine [Published: MAY 2013]