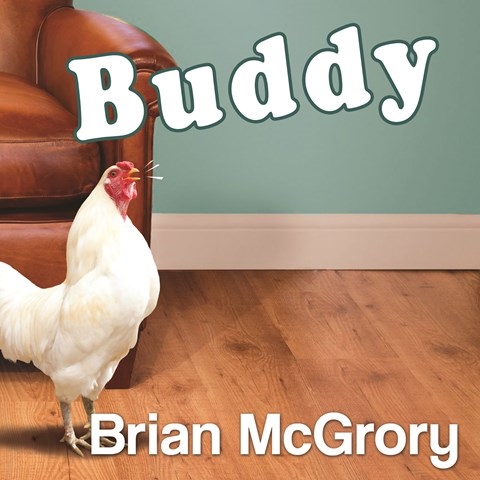 BUDDY How a Rooster Made Me a Family Man

Johnny Heller’s youthful, energetic voice plays well to McGrory’s humorous theme of a man adjusting to the unexpected events of his life. The first half of the book dives deeply into the steadfast relationship between McGrory and his BFF, Harry, a golden retriever. Heller paints their emotional relationship with equal parts reverence and humor as we discover how transformed McGrory’s life becomes with the addition of Harry, and again with his departure. Next, McGrory encounters something nearly as stubborn as he is. Buddy, a rooster, inhabits not only McGrory’s home but all aspects of his new life as husband of a veterinarian and stepfather of her two headstrong daughters. Heller plays the carnival atmosphere hilariously as McGrory comes to terms with all the new aspects of his life—especially the large red-combed rooster named Buddy. S.C. © AudioFile 2013, Portland, Maine [Published: JANUARY 2013]