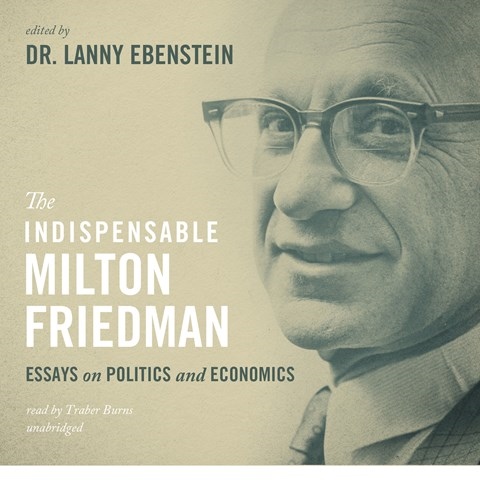 THE INDISPENSABLE MILTON FRIEDMAN Essays on Politics and Economics

This collection of essays, reviews, lectures, introductions, etc. ranges through Friedman's career, giving an overview of his thoughts on economics and politics. Traber Burns's narration is clear and well paced, and his phrasing and expression fit the text. However, he reads with little variety, nuance, or, even when it's called for, humor. Too forceful at times, his tone can become tiresome. Further, Burns’s delivery doesn't suit the intimate nature of an audiobook or serve a text that, already polemical and controversial, might have been made more palatable by a nuanced conversational tone. From time to time, Burns uses nonstandard pronunciations for common words, and these can be grating for those who prefer precise speech. Overall, Burns gets the text across clearly but doesn't do much more for it. W.M. © AudioFile 2013, Portland, Maine [Published: FEBRUARY 2013]