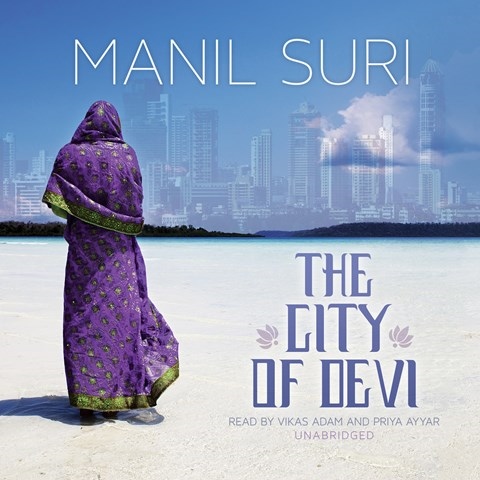 THE CITY OF DEVI

A futuristic tale of woe, the latest release by Manil Suri, imagines a postapocalyptic Pakistan. The female narrator’s voice is gentle, soft, and full of longing, both for her missing spouse and for better days. Her pace is steady, her tone is level, and her words are faintly tinged—without being distracting—with a South Asian accent. She infuses the dialogue with a variety of depth—deeper voices for males, heavy accents to distinguish between those who are traditional from those who are more modern. The use of two narrators, one male and one female, is an interesting and necessary choice when the point of view shifts to the male protagonist. The listener should be aware that there is mature sexual content throughout this volume. M.R. © AudioFile 2013, Portland, Maine [Published: APRIL 2013]