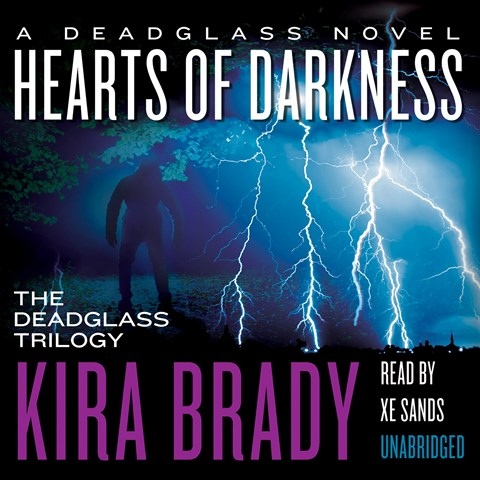 Xe Sands’s sultry delivery brings the shadowy, sensual world of the Deadglass trilogy vividly to life. When Kayla Friday arrives in Seattle to identify the body of her murdered sister, she finds herself in the middle of an ancient battle between powerful shape-shifters. Her only ally is the sexy, tortured werewolf Hart, whose quest to find the key to the Gate of the Land of the Dead brings him and Kayla to the edge of hell itself. Sands’s haunting narration makes every scene feel like a shared secret and heightens the longing and emotional tension throughout the story. Though her characters, especially the males, aren’t always easy to distinguish, listeners will be engrossed in this promising series and left hungry for more. B.E.K. © AudioFile 2013, Portland, Maine [Published: JANUARY 2013]