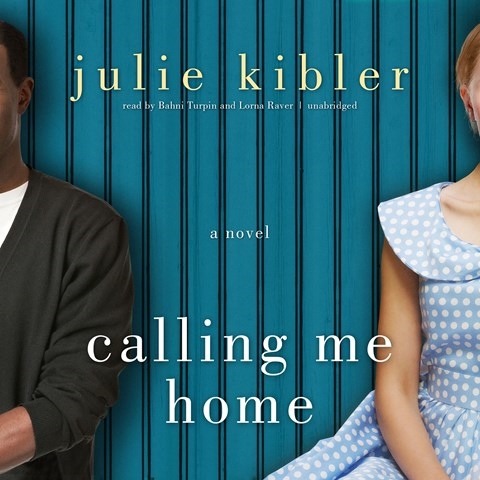 Secrets long buried, though never forgotten, resurface during a cross-country road trip taken by an unlikely pair. Miss Isabelle, a white octogenarian, asks Dorrie, her 30-something African-American hairdresser, to drive her from east Texas to Cincinnati. The destination is a funeral—but for whom? Narrator Lorna Raver opens the story as Miss Isabelle, her throaty voice wrapped around a light Southern accent that hardens and softens as she moves between the present and 1939, the year that set her life's course. During Dorrie's chapters, Bahni Turpin shines as Miss Isabelle's steadfast and sensitive companion. Turpin deftly balances Dorrie's inner dialogue with her conversations with Miss Isabelle, and heightening the listener's anticipation of the unfolding details. Like their characters, each narrator accentuates the other. A.S. © AudioFile 2013, Portland, Maine [Published: APRIL 2013]