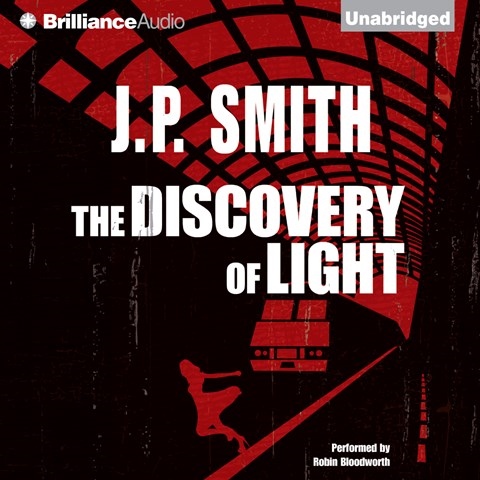 THE DISCOVERY OF LIGHT

David Reid wallows in self-doubt when his wife of two years falls into depression and then announces she is traveling abroad without him. The news of her apparent suicide on the tracks of a subway train in New York tortures him with manic assumptions about her secrets. Narrator Robin Bloodworth establishes an intensely ruminating tone throughout most of the narrative, reflecting David’s obsessive musings. Fixated on visions of his deceased wife as some of the women painted by Vermeer, David is portrayed by Bloodworth as a tormented intellectual undermined by hidden mania. Bloodworth leads the listener to wonder whether David’s tightly wound suspicions may explode in a terrible act of violence. N.M.C. © AudioFile 2013, Portland, Maine [Published: JANUARY 2013]