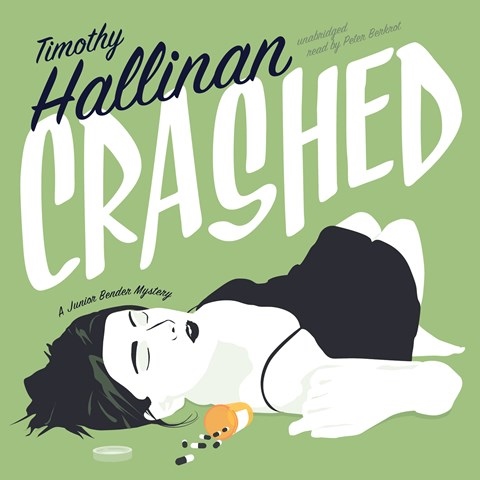 Hallinan paints a vivid picture of the many flamboyant characters of Hollywood's back lots—from thieves to gangsters to shady movie directors and producers. The listener cannot help but feel a connection with each of them. Give credit to Peter Berkrot for striking a hilariously sarcastic tone to portray the infamous thief Junior Bender and his assignment to make sure a former child television star that all of America has fallen in love with finishes her next film. Thistle Downing has had a tough life since leaving the world of television, and now she’s being coerced back into the limelight in more adult fare by an opportunistic producer with Mafia connections. Berkrot’s performance is full of humor and heart as the film and its star are sabotaged on many fronts. This is the first in the Junior Bender series. Let’s hope the team of Hallinan and Berkrot comes around again. S.C. © AudioFile 2013, Portland, Maine [Published: JUNE 2013]