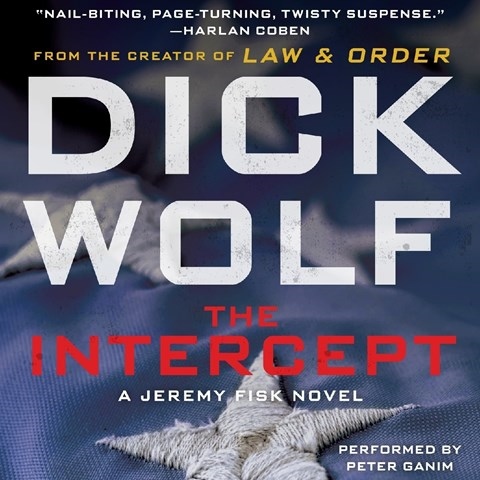 It’s hard to imagine how Dick Wolf found the time to write a novel, considering the myriad spin-offs of his “Law and Order” television series, but it's good he did. THE INTERCEPT pits NYPD Special Agent Jeremy Fisk and his girlfriend, Kirsten Gersten, against a new and insidious attack by Muslim radicals in the Big Apple during the July 4th dedication of the new One World Trade Center building. If you think you know how the story ends, you'll be surprised as Wolf creates a realistic story of the war on terror. Peter Ganim keeps listeners engaged with powerful storytelling that gives personalities to even the most unsympathetic characters. His thrill-a-minute pace makes the audiobook impossible to stop. Bosses everywhere, forgive your commuting employees for showing up late! M.S. © AudioFile 2013, Portland, Maine [Published: APRIL 2013]