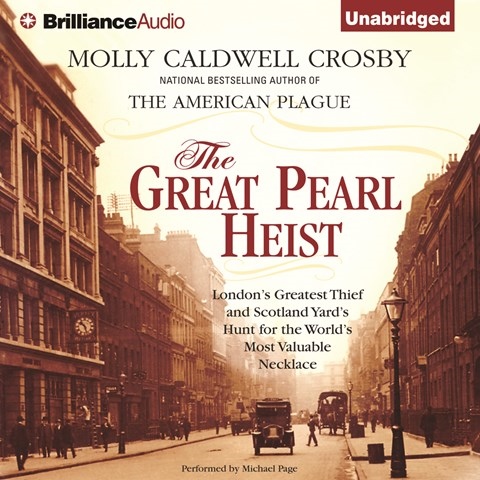 If this story about one of England's biggest jewel thefts were a novel, it would be Sherlock Holmes vs. Professor Moriarty. But it's true, and it recounts the battle between the country's best thief—a master planner behind most of the country’s large robberies—and one of Scotland Yard's best detectives on the eve of WWI. Michael Page offers a sprightly narration that carries the listener along. When he quotes official documents, such as police files or court transcripts, he slows his pace slightly and reads the material in a slightly officious manner. But even his effectiveness as a narrator can't help the middle portion of the book, which provides too much depth on police efforts to track the missing pearl necklace. R.C.G. © AudioFile 2012, Portland, Maine [Published: DECEMBER 2012]