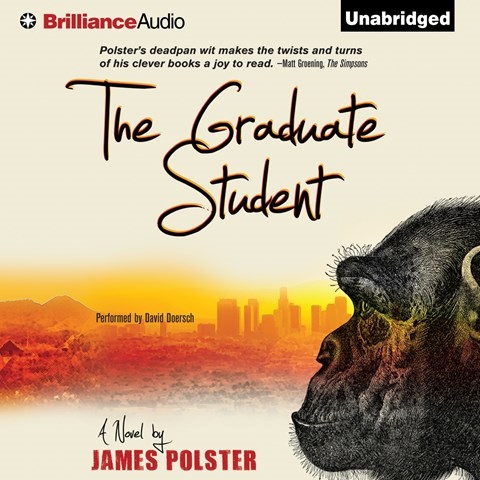 David Doersch provides a comical depiction of Blackwell James, an anthropology student who returns from a research trip to the Amazon with no research notes--just a trunk full of hallucinogenic vines. When Blackwell's mentor realizes what's happened, he sends him to Los Angeles to work on a gorilla/robot research project, and havoc ensues. Doersch drily delivers the hilarious one-liners that set Blackwell apart from the other characters. Doersch finds much entertainment in the story of a young man who gets sucked into a strange world of academia, murder, gorilla robots, and Hollywood eccentrics. S.M. © AudioFile 2013, Portland, Maine [Published: FEBRUARY 2013]