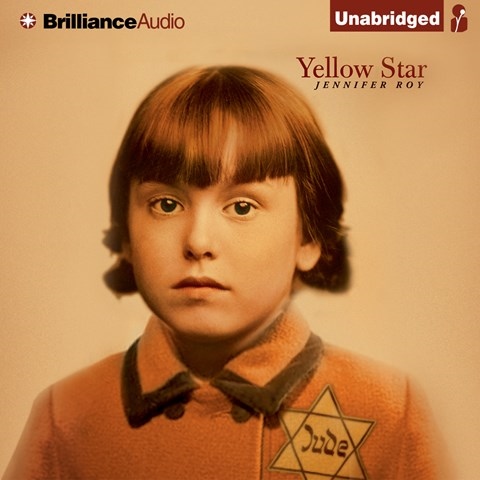 When the Lodz ghetto was liberated in 1945, only 12 children were among the survivors. The author's aunt, Syvia, was one of them. This harrowing first-person story follows Syvia from the time she is 4 until she is one day shy of her tenth birthday. However, narrator Tavia Gilbert's portrayal doesn't mature with the character. She sounds much the same at the beginning as she does at the end, and her voice quavers a bit too much, bordering on the overly dramatic. The novel is written in free verse, a style that doesn't lend itself well to audio. The story itself is emotionally gripping, but the audiobook struggles. The author's note, time line, and background information are excellent. M.D. © AudioFile 2013, Portland, Maine [Published: FEBRUARY 2013]