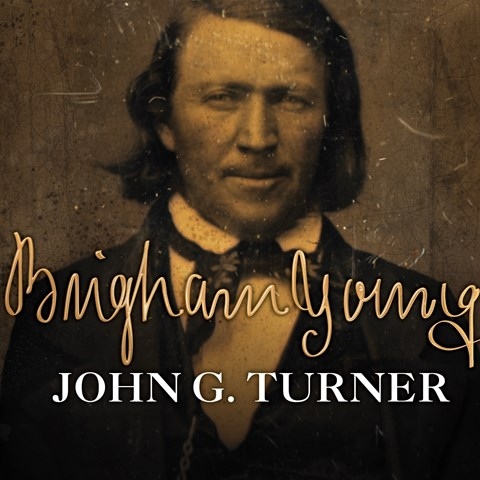 Brigham Young was a relatively unschooled rural craftsman who rose to become the charismatic leader of the Church of Jesus Christ of Latter-day Saints, better known as the Mormons. This comprehensive biography--neither pro- nor anti-Mormon--seeks to present a balanced view of his strengths and weaknesses. The author sets a good base for a discussion of the roots of Mormonism. Stephen Hoye is an able narrator, carrying the listener along nicely, although even he isn't able to make some of the arcane discussions of the early Mormon Church easy to listen to or follow. But that fault lies with the author, not the reader. The latter chapters, particularly those about the church's battles with the U.S. government, roll out at a pace more reminiscent of a novel than a history. R.C.G. © AudioFile 2013, Portland, Maine [Published: FEBRUARY 2013]