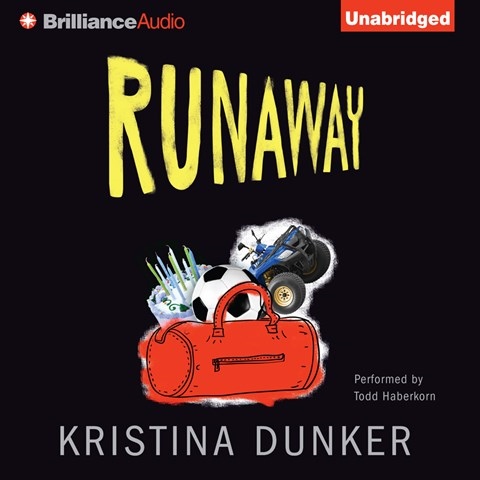 Florian's sister, Sarah, is possibly dying, his parents don't seem to notice him, and he and his sister are both missing soccer camp, a traditional highlight of their year. Narrator Todd Haberkorn moves fluidly through Florian's shifting emotions as he flees his sister's hospital room and steals away to camp. Florian's frustration gives way to elation when two girls vie for his affection, but doubt creeps in as he begins to wonder what's going on back home. Haberkorn gives Florian's voice an ever present note of tension, a reminder of the fear that drives his actions and keeps him sympathetic even when he makes bad decisions. A contemplative story about bearing the unbearable. A.F. © AudioFile 2013, Portland, Maine [Published: OCTOBER 2013]