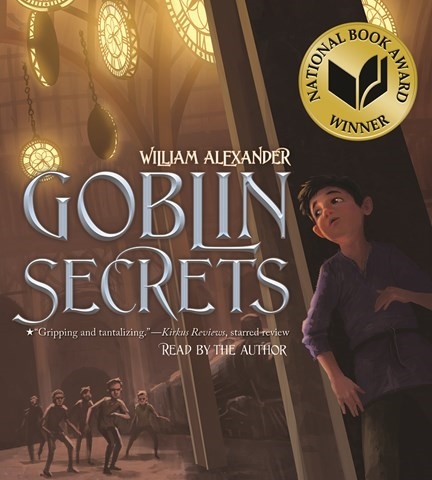 With author and former actor William Alexander as narrator, this National Book Award winner is a treat. In the steampunk city of Zombay, Young Rownie runs away from his “grandmother” protector and teams up with a troupe of outlawed goblin actors, all the while searching for his missing older brother, Rowan. Time is of the essence as Zombay’s river is about to flood, and only the missing Rowan can remedy the situation. The nuances of voice that Alexander uses for the distinctive characters make them memorable and sound like they’re right there talking to you. He speeds and slows, elongates and emphasizes, rants and whispers with ease and acuity, switching easily between characters while maintaining the intense pace of Rownie’s quest. A.R. Winner of AudioFile Earphones Award © AudioFile 2012, Portland, Maine [Published: DECEMBER 2012]