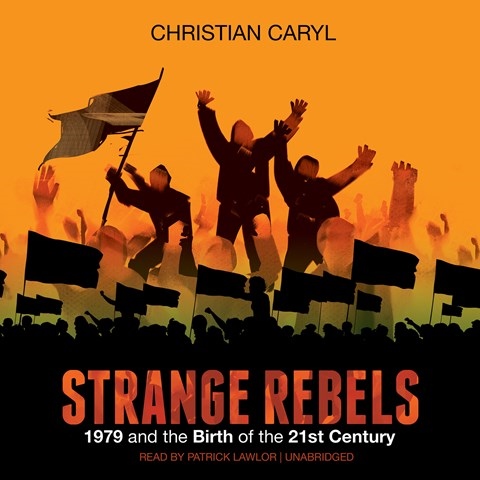 STRANGE REBELS 1979 and the Birth of the 21st Century

Generations of American students know about 1492, 1776, 1861, and December 7, 1941. They can now add 1979 to the list of critical dates in U.S. and world history From the beginnings of capitalism in Communist China to the Soviet invasion of Afghanistan and the rise of conservatism in the U.S., 1979 will be seen as the year that defined the beginning of an era that is yet to conclude. Narrator Patrick Lawlor gives this tome an energetic, serviceable effort that highlights its well-done history. Lawlor has a slightly raspy voice and excellent diction that serves him well. He reads without character voices, and his range is limited, but that fits the book’s tone. The focus of the book is its analysis, and Lawlor lets it take center stage. R.I.G. © AudioFile 2013, Portland, Maine [Published: JULY 2013]