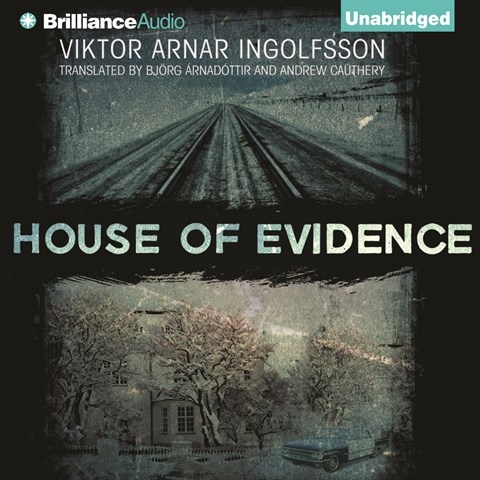 Peter Berkrot is a wonderful actor and does skillful work with this slightly turgid Icelandic police procedural. The author alternates his murder plot with readings from the diaries of the corpse's father, an ambitious long-dead engineer who dreamed, in vain, of bringing railways to Iceland. While some information in the diaries is important to the plot, they are less than lively. Peter Berkrot does his best, and it is very good indeed, though he has occasional pronunciation problems. The old "demur/demure" confusion catches him, and he gets "Dvorak" wrong but only once each, big deal. More distracting, because it occurs over and over, is his giving Copenhagen the German pronunciation, "CopenHOGen," instead of the Danish "CopenHAYgen," long A. It's historically wrong, and too bad. B.G. © AudioFile 2013, Portland, Maine [Published: MAY 2013]