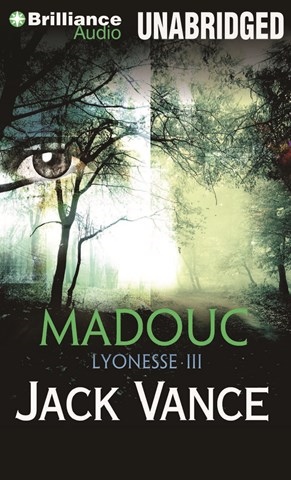 It’s hard to imagine a better performer of a high-fantasy novel such as this than Kevin T. Collins. His voice carries a hint of high-born caste, of chivalry, of faintly stilted dialogue in which every sentence carries multiple subtle meanings. We are lured into pre-Arthurian times, when wizardry and ancient species such as ogres and fairies are slowly being driven away by humanity. Collins performs each character with full-throated characterizations that are always authentic and true to the individual whether coarse or refined, calm or angry. Princess Madouc is a headstrong halfling, with fairy blood and a human father whom she seeks. Wonder-filled story, great portrayal. D.R.W. Winner of AudioFile Earphones Award © AudioFile 2013, Portland, Maine [Published: MAY 2013]