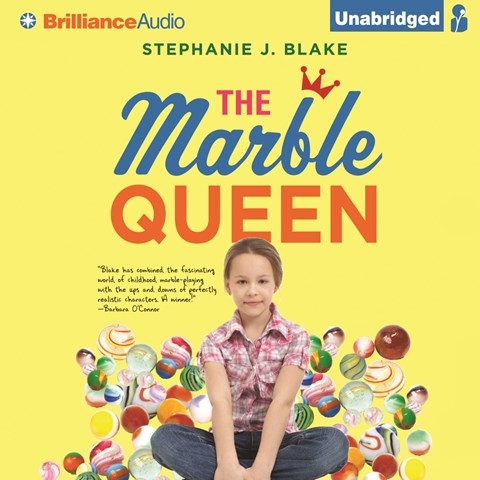 Freedom Jane MacKenzie has her heart set on competing in the "Marble King" competition at the Autumn Jubilee. But it's 1959, and it isn't good for girls to compete with boys--or so Mama says. It turns out the boys feel the same way--even Daniel, who until now was Freedom's best friend and marble partner. Narrator Kelly Fogwell is charming as Freedom, a girl with more on her mind than marbles, including her father's growing drinking problem. Emotions run high in the turbulent months leading to the competition, and Fogwell captures the cruelty of middle-school rejection as well as the poignancy of a parent's love. Fogwell transforms Freedom from a naïve and headstrong child into a determined, self-aware girl who takes her shot at royalty. A.S. © AudioFile 2013, Portland, Maine [Published: FEBRUARY 2013]