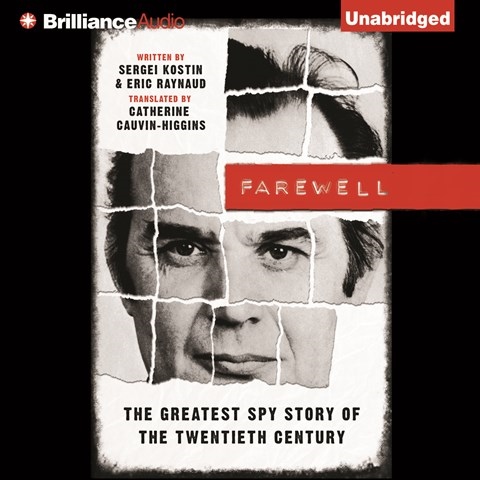 FAREWELL The Greatest Spy Story of the Twentieth Century

Espionage fiction often depicts a glamorous and adventurous story-- but usually one far removed from reality. Here narrator Arthur Morey recounts the true story of KGB agent Vladimir Vetrov's growing dissatisfaction with the Soviet regime, his ultimate decision to become a traitor, and the disastrous consequences that followed. Morey's competent enunciation of Russian and French names saves listeners from having to unravel the names in print. Using patient, measured tones and an easy pace, Morey escorts listeners into the complex workings of the Soviet KGB as well as the French intelligence agency that handled Vetrov. Morey's narration makes this tragic story a must-listen. M.L.R. © AudioFile 2013, Portland, Maine [Published: MARCH 2013]