Home»Reviews»WHERE THE GROUND MEETS THE SKY 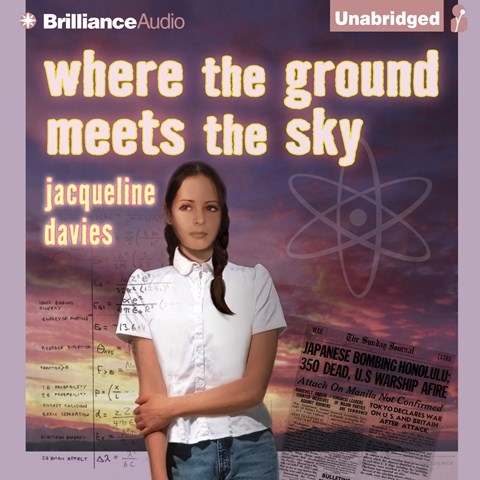 WHERE THE GROUND MEETS THE SKY

Davis takes youngsters to a setting seldom covered in their literature, 1944 Los Alamos, New Mexico, where scientists are developing the atomic bomb. Twelve-year-old Hazel, who is very bright, lives on The Hill with her parents and other families in an unusual wartime community. Narrator Emily Durante captures Hazel's ambivalence about her new home and her close relationships with her somewhat pacifist mother and with her first real friend. As details leak out regarding the closely guarded secret project, Durante verbalizes the mixed emotions that the characters feel when they directly confront the pros and cons of war. There are no easy answers--as both Davies and Durante clearly demonstrate in this worthwhile story. S.G.B. © AudioFile 2013, Portland, Maine [Published: MAY 2013]