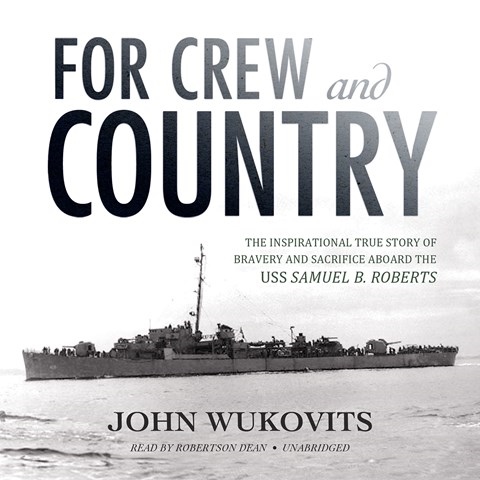 FOR CREW AND COUNTRY The Inspirational True Story of Bravery and Sacrifice Aboard the USS Samuel B. Roberts

When you have a tale as compelling as this story of naval heroism during WWII, it’s vital that the narrator not get in the way. Robertson Dean offers a solid reading but never seeks to upstage the narrative. He lets the action speak for itself. His reading isn’t dry or unemotional, but he controls the emotional level, offering just enough to enhance but not overwhelm the writing. The book starts slowly—covering the building of the ship and the formation of its crew—and listeners might be tempted to quit. But the pace quickens in the second half as a lightly armed group of U.S. ships confronts an overwhelming Japanese force and so distracts the enemy commander that General MacArthur’s troops invading the Philippines are saved. R.C.G. [Published: MAY 2013]