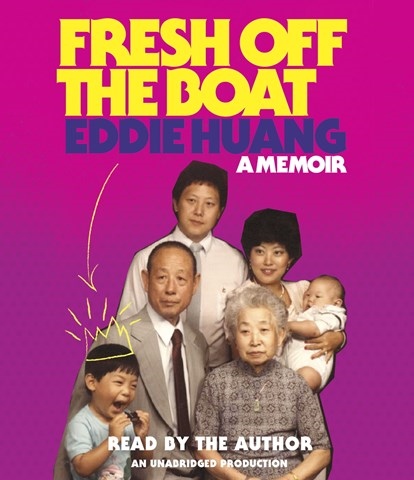 FRESH OFF THE BOAT A Memoir

This candid contemporary memoir weaves a rich tapestry of Asian and American culture, food, and the author’s bittersweet experiences with losing and finding his identity. American restaurateur Eddie Huang has a delightfully funny and down-to-earth narration style that captures the cultural nuances, mannerisms, and speech patterns of a diverse range of characters including his mother, who speaks in Mandarin and English, and his peers, who talk about Tupac and other role models. Huang’s generous use of expletives may offend some, but his affable persona, expressive reading, occasional chuckles, and intentional digressions from the book to directly address audio listeners make his story and performance compelling and charming. M.F. Winner of AudioFile Earphones Award © AudioFile 2013, Portland, Maine [Published: FEBRUARY 2013]