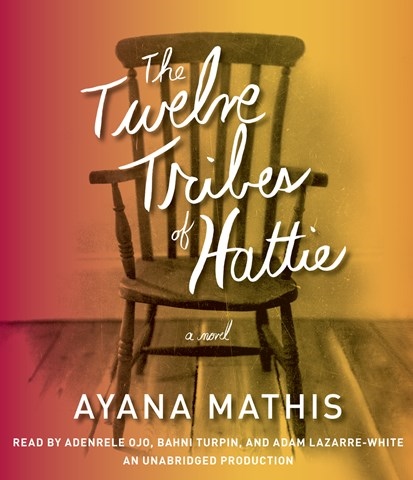 THE TWELVE TRIBES OF HATTIE

Ayana Mathis has written an amazing saga of one woman, her tortuous trials and seemingly endless tribulations, and the resiliency with which she faces life. Adenrele Ojo, Bahni Turpin, and Adam Lazarre-White infuse every ounce of life possible into the enormous cast of characters. Their voices shimmer with rage, sizzle with sex, and darken with despair as almost every possible misfortune unfolds to Hattie and her nine children. An Oprah’s Book Club pick, the novel captures the endless travails and tragedies Hattie experiences, but much more than the story of one woman’s family, it is an engrossing, heartbreaking, clear-eyed exploration of the hardships faced by the Southern African-Americans who went North at the beginning of the twentieth century, hoping for a better life. S.J.H. Winner of AudioFile Earphones Award © AudioFile 2013, Portland, Maine [Published: JANUARY 2013]