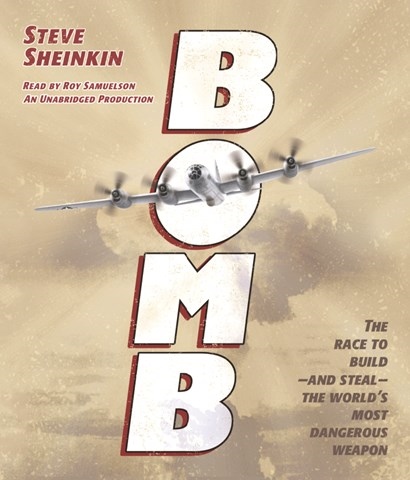 It took several years of hard work and precise calculations for atomic energy to be developed. The genesis of what culminated in the dropping of bombs over Japan in WWII can be summed up in one word: recruitment. As American scientists were sought to design and build the bomb, Communist sympathizers were drawn, surreptitiously, to steal the secrets of one of the twentieth century’s most monumental inventions. Narrator Roy Samuelson lends an ironic tone—ironic in that the voice he uses to describe the incredibly powerful bombs is consistently calming. Using no vocal imitations and little emotional inflection, Samuelson conveys the bombs’ destructive power, the tension among the team members, and the importance of the project to the outcome of the war. His soothing tone works to help young listeners understand the critical history of the time. M.B. © AudioFile 2013, Portland, Maine [Published: APRIL 2013]