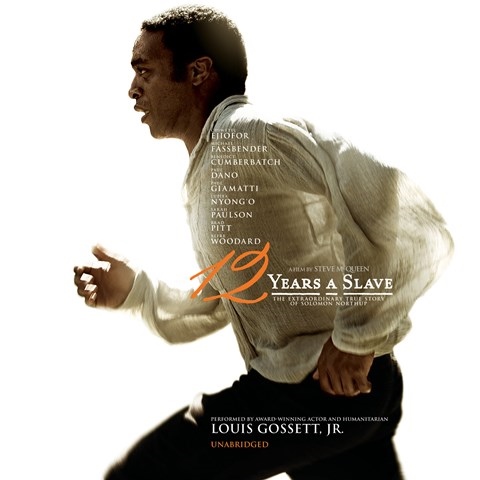 This autobiography chronicles part of the life of Solomon Northup, a free New Yorker who was kidnapped in Washington in 1841—within view of the Capitol—and rescued in 1853 from a cotton plantation in Louisiana. The book offers a detailed and intimate look at slavery and the life of a slave. It’s a textured portrait that refuses to deal with the issue in absolutes. The author is articulate and proud, and Louis Gossett, Jr., carries this tone throughout his reading. Northup writes in a straightforward style, letting facts and details speak more eloquently than emotion. Again, Gossett captures this feeling. But when the author does get emotional, Gossett infuses the words with a quiet, seething power. R.C.G. © AudioFile 2013, Portland, Maine [Published: FEBRUARY 2013]