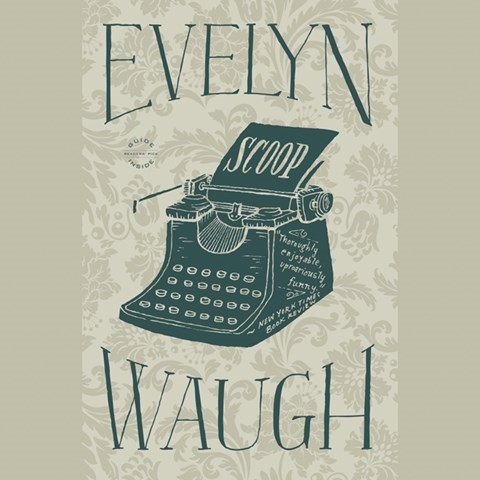 Simon Cadell takes on the formidable task of narrating SCOOP, a novel originally published in 1937 in which a naïve, young Englishman, mistakenly sent to report on a war between "patriots" and "rebels" in the African republic of Ishmaelia, is schooled in the realities of, well, reality. This highly entertaining send-up of journalism, among other things, achieves its satiric effect by way of controlled exaggeration. Cadell must embody a range of wildly eccentric characters who say the most outrageous things in the most matter-of-fact way, which he does remarkably well. His expert narration also conveys what hides between the lines here: fundamental truths about how our notions of reality are manufactured, or at least manipulated, producing consequences both serious and hilarious. L.X. © AudioFile 2013, Portland, Maine [Published: FEBRUARY 2013]