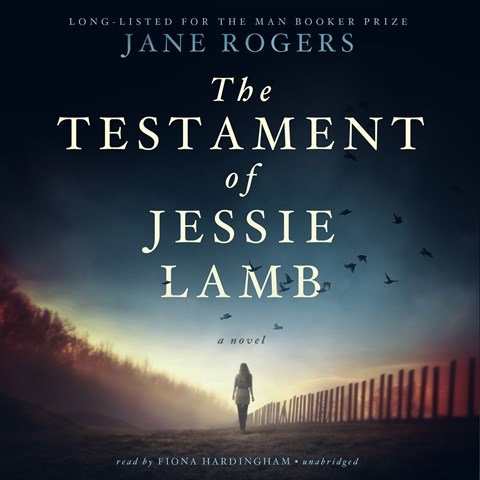 THE TESTAMENT OF JESSIE LAMB

As a rogue virus kills pregnant women, Jessie Lamb’s world is teetering on the demise of the human race. Narrator Fiona Hardingham superbly captures 16-year old Jessie. While Jessie struggles with survival in a frightening world, Hardingham provides a tone of confidence and optimism that places the horrors around her in high relief. As Jessie questions her parents' motivations and heartbreaking compromises to deal with the new realities they face, she expresses her strong-willed independence and heroic plans for survival in a dystopian world. Thought-provoking and haunting. A.W. © AudioFile 2013, Portland, Maine [Published: FEBRUARY 2013]