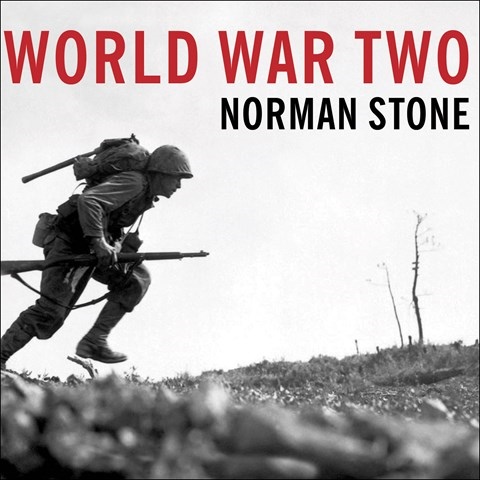 For anyone familiar with the history of WWII, Stone's book may seem like an outline. But he does cover the basics and even manages to sprinkle the story with some surprising details. Narrator Derek Perkins matches its relative breeziness with energy, intelligence, and excellent pacing. His voice is both cultured and engaging, expressive without being showy or calling attention to technique. His German pronunciation is mostly excellent, and his Russian convincing. The program holds the listener's interest by its own virtues--the history itself, the organization, and the writing--and by Perkins's skillful handling. In short--and it IS short--the book gets its stated job done, and Perkins performs it admirably. W.M. © AudioFile 2013, Portland, Maine [Published: JULY 2013]