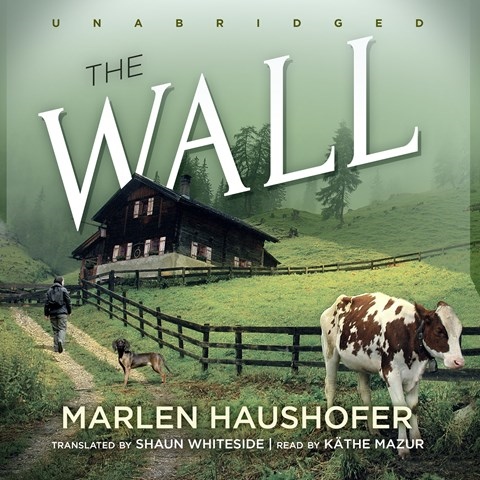 A woman, her sister, and her brother-in-law vacation at a hunting cabin. The unnamed narrator stays at the cabin when the other two go into town and never return. While exploring outside the next day, she runs into an invisible wall, and it soon appears that she’s the only one left alive inside it except for her dog, a cat, and a cow. She hopes that her story, told as diary entries, will be found by someone someday. Kathe Mazur narrates in a flat, unemotional voice filled with despair. She conveys the woman’s drive to survive amid nearly overwhelming feelings of futility, loneliness, and depression, weighing the listener down with hopelessness. How could anyone find the will to survive such a bleak situation? N.E.M. © AudioFile 2013, Portland, Maine [Published: AUGUST 2013]