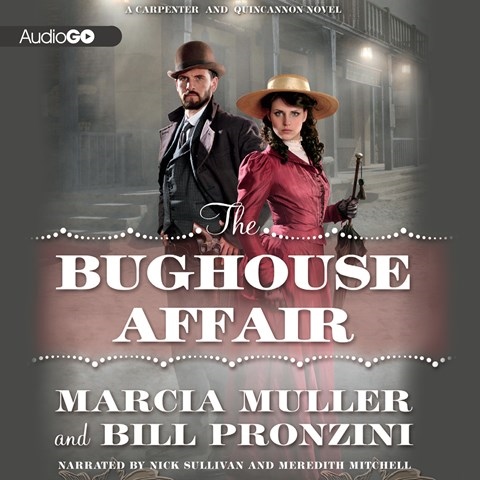 John Quincannon and Sabina Carpenter, owners of a San Francisco detective agency at the turn of the twentieth century, take on two seemingly unconnected cases. As the plot progresses, the cases become inextricably linked. THE BUGHOUSE AFFAIR also features an appearance by Sherlock Holmes, which adds an interesting twist to the story. Nick Sullivan and Meredith Mitchell share the narration of the book. The dual reading introduces a distraction into the performance as it makes following characters difficult with both narrators giving voice to each of the main characters in their own style. While both narrators are accomplished and a pleasure to listen to independently, they appeared mismatched in this performance. K.J.P. © AudioFile 2013, Portland, Maine [Published: MARCH 2013]