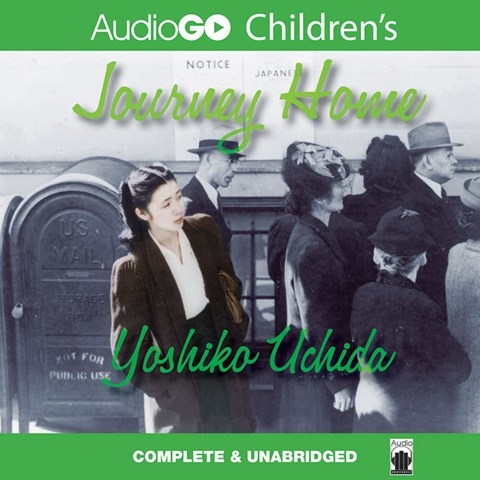 Near the end of WWII, Yuki and her family are released from the internment camps in Utah where they've been imprisoned. As they try to rebuild their lives, they also await the return of Yuki's brother, a U.S. soldier who was wounded in Europe. Emily Woo Zeller narrates with precise diction and a lilting tone. Her character voices are delightful, varying from that of the youthful and optimistic Yuki to that of her cynical male Japanese neighbor. She portrays Yuki's thoughtful father with as much skill as she depicts the family's elderly American friend. The audiobook manages to be a gentle story of harsh circumstances--war, concentration camps, arson, and prejudice. G.D. © AudioFile 2013, Portland, Maine [Published: MARCH 2013]