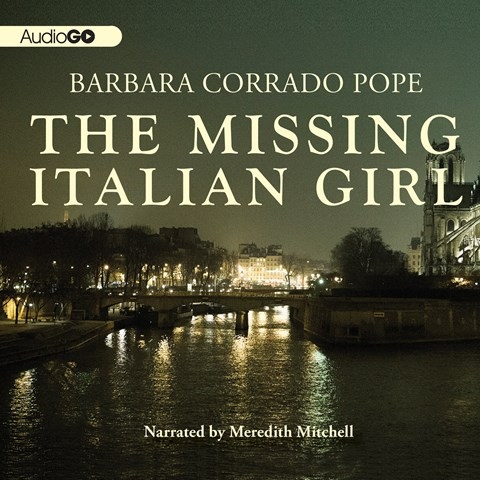 Historian Barbara Corrado Pope writes mysteries set in nineteenth-century France. In this audiobook, we hear that the Belle poque was not so beautiful for the poor, exploited, hungry, or victims of violence. Narrator Meredith Mitchell gives a lively, folksy portrayal of Parisians ranging from the hunted daughter of a charwoman to idealistic Russian anarchists. The story's heroine, Claret, a Parisian teacher and mother, sounds like the girl next door. The story and setting are engaging, but the author overwrites her explanations of events, and her heroines are endlessly introspective. While Mitchell reads with genuine warmth, some of her Parisians have accents, and some do not. Despite her verbal discrepancies, Mitchell projects a strong connection with her characters. D.L.G. © AudioFile 2013, Portland, Maine [Published: APRIL 2013]