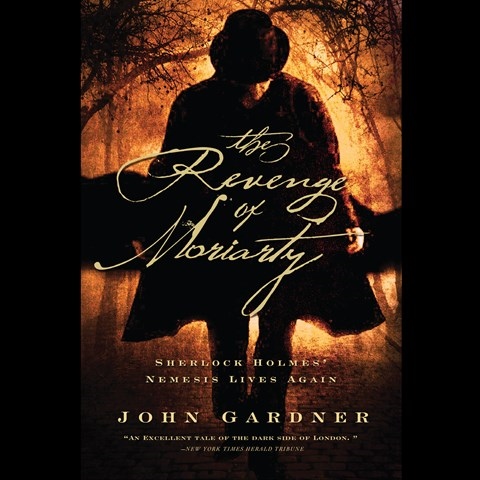 Gardner's well-researched classic is back in print after 40 years, and it's improved with age. Imagine both Sherlock Holmes and Professor John Moriarty surviving the plunge at Reichenbach Falls. Robin Sachs is masterful as he takes on two of the most famous characters in the world of crime. Each cosmopolitan character, and there are many, is uniquely drawn, with Scots detective Angus Crow and Moriarity's violent Chinese hit man, Lee Chou, being standouts. Listeners will find their interest heightened each time one of them speaks. Also, Gardner's numerous footnotes, highly unusual in fiction, are enhanced by audio since they receive a special intonation by Sachs. This is a rare treat not only for Holmes fans but for all mystery buffs. S.G.B. © AudioFile 2013, Portland, Maine [Published: FEBRUARY 2013]