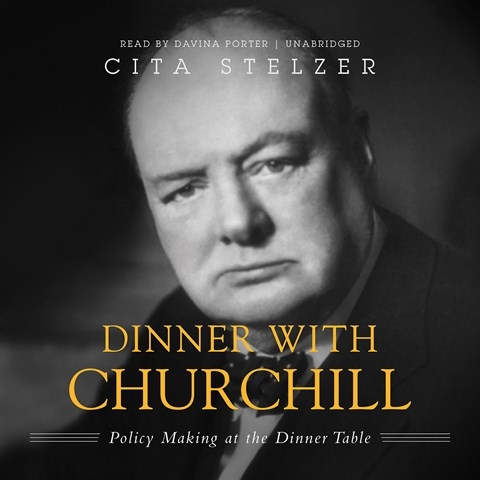 DINNER WITH CHURCHILL Policy Making at the Dinner Table

Just look at Winston Churchill, and you know that the British leader enjoyed his meals. Not surprisingly, as recounted in Stelzer’s entertaining book, the former prime minister considered meals to be an opportunity for diplomacy and political gamesmanship. He used those moments to charm and, at times, disarm friends and foes, and viewed each moment as a way of accomplishing goals that might not be realized through traditional means. Narrated by Davina Porter, the book is charming and provides insight into Churchill through a new lens. Stelzer’s detailed research blends well with Porter’s light and breezy performance. Porter clearly enjoys the material, conveying it with the same alacrity that Churchill likely felt when eating. D.J.S. © AudioFile 2013, Portland, Maine [Published: JULY 2013]