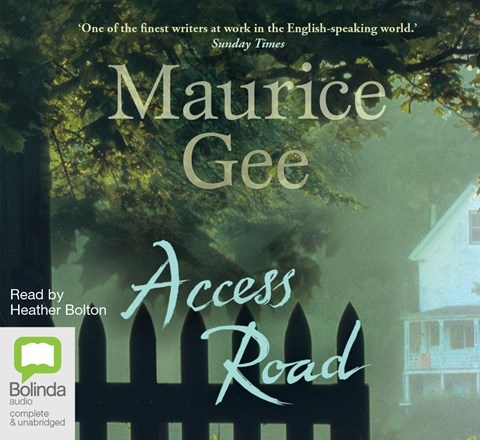 Narrator Heather Bolton seizes hold of Maurice Gee’s terrific character, the elderly Rowan. She is married to a former athlete; they live in suburban New Zealand, not far from her two brothers, who are now inhabiting the home they all grew up in on Access Road. Rowan’s observations of the world, both as a young woman and in the present, are subtly amusing. Bolton is a master of pace, fully rendering Rowan’s simultaneous worldliness and naïveté. With an effective note of wonder, she creates both a sense of place and the innocence of childhood. But there’s darkness to the siblings’ world, too, as Lionel, inexplicably bedridden and noncommunicative, hints at a past he won’t talk about. When a childhood friend and general menace returns, the mysteries are solved. A.B. Winner of AudioFile Earphones Award © AudioFile 2013, Portland, Maine [Published: JUNE 2013]