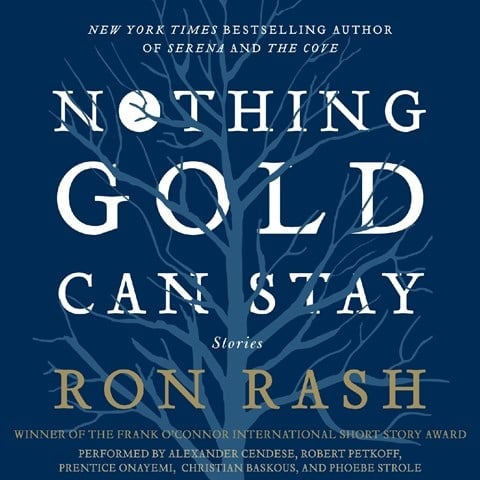 NOTHING GOLD CAN STAY

An uneven collection of stories is told by multiple narrators in multiple styles. The listener may find that shifting back and forth between character readings and straight narration can be unsettling. Even some of the third-person narrations are done in character voices. The readings are uneven, too, although the best of them are very good. All the stories are set in the same patch of western North Carolina, and while the author captures the speech of the region, not all the narrators get—or even attempt—the accents. Like Huckleberry Finn, these stories are best heard with the regionalisms in which they were first imagined. The readings of the best of them—such as “Twenty-Six Days”—take us into the hearts of people we too often ignore. D.M.H. 2014 Audies Finalist © AudioFile 2013, Portland, Maine [Published: APRIL 2013]