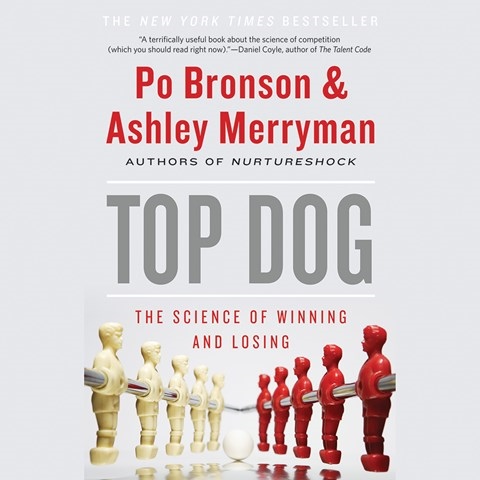 TOP DOG The Science of Winning and Losing

Here is an exciting look at the genetic, psychological, and situational factors that impact how people perform when competing. The abundant research that forms the core of this book covers contests as diverse as ballroom dancing, diplomatic negotiations, and, of course, sports. The authors' snappy writing works well to lay out their discoveries, which include suggestions for generating competitive fire, managing stress, gaining advantages, and tweaking situational variables. As narrator, Po Bronson sounds like he's being too careful with the pacing of his words instead of just spitting them out. His speaking is clear and pleasant enough to make this a winning audio, but it would be exceptional if his energy were on the same level as the book's pop psychology vibe. T.W. © AudioFile 2013, Portland, Maine [Published: APRIL 2013]