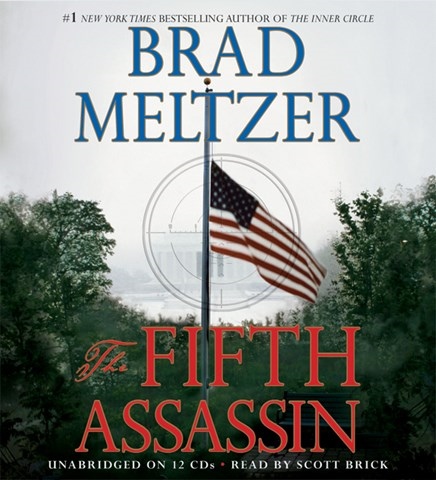 The United States has had four murdered presidents since Abraham Lincoln. Were these assassinations connected? Is the current sitting president in danger? And what of the super secret Culper Ring created by George Washington? Hold on tight as Scott Brick employs his trademark serious tone to ratchet up the suspense. Such is his vocal power that in the character of the president of the United States his control and presence are felt unequivocally. And the voice he gives to the hesitant institutionalized whack-job evil genius of the story makes us feel the confines of his insanity and the high-security institution that holds him. Listeners of Meltzer’s last book, THE INNER CIRCLE, will love the continuation of the intrigue he set in motion. M.C. 2014 Audies Finalist © AudioFile 2013, Portland, Maine [Published: JANUARY 2013]